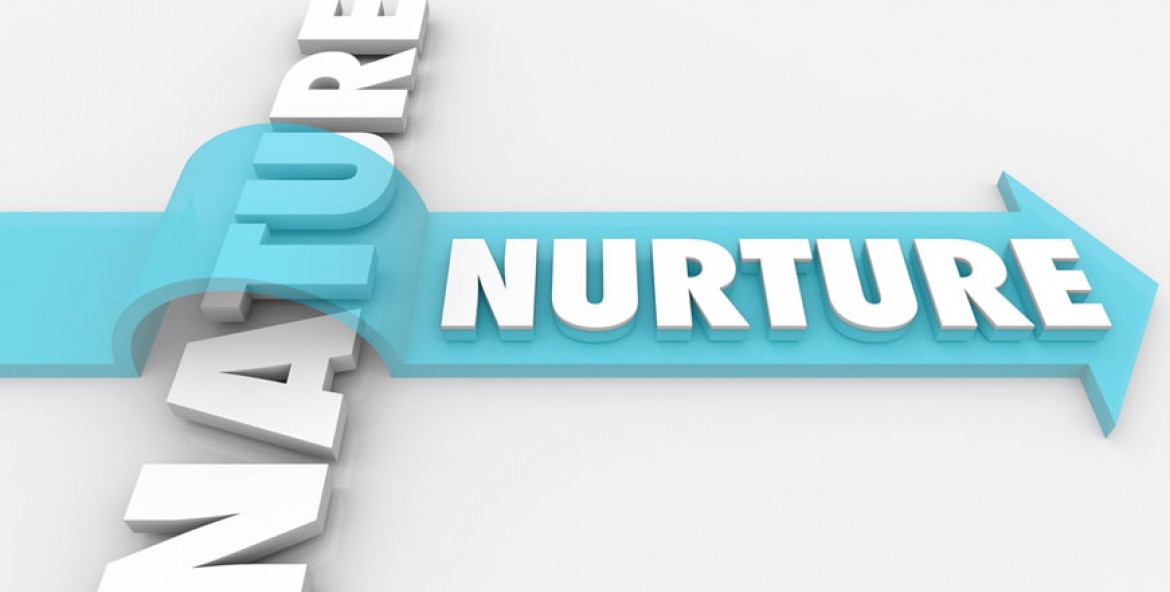 Then of course the world of culture had to enter into the fray, now it becomes a very interesting topic indeed! Keeping in mind the many practitioners in the business arena, who make their living on changing a company’s culture, would have to take the side of nurture.

If one were to focus on nature, then you would simply discard the study of culture as an independent study of human development. If you were one to lean towards learning, then the belief is there is no place for nature in the debate.

If a person really wanted to explore this topic, (nature versus nurture that is), then the emerging field of epigenetics, would be one’s focus.

Without getting into the particulars of another famous lab mice study (what would we do without them?), it became clear we have surpassed the thinking of evolving to the Stone Age environment. We actually adapted to a new world which was unpredictable and complete with variables. This was accomplished by the development of new ideas and cultural exchange. Each generation was able to better what they had been given and passed on their newest iteration for problem solving and cultural learning.

Recently I heard a coach speaking about the success of his team. He was in his second year at the helm and was explaining how his players had, ‘bought in’ to what he was trying to prepare them for, and if they did, they would be winners. Was he selling them something? Why the ‘bought in’ terminology?

Giving much thought to the learning that takes place at the college level, would it not be better to relate to them in a manner that may feel more like a learning environment? How about this for an example; if you adopt (instead of ‘buy in”) to the program and winning work culture/ethics presented to you, and we as a coaching staff can give you the necessary direction, skills and guidance needed to adapt to this newly presented winning culture, then we will achieve our goals.

Culture is not some external mysterious force, it is a biological phenomenon. It is the ability to learn and change and pass on what we have learned to the next generation.

Our ability to learn and change by adopting and adapting is our nature; it is our most important fundamental instinct, preventing us from becoming extinct.

This page is currently under construction.